The Secret Stumps of Pender

A collection of some wonderful woodland characters. 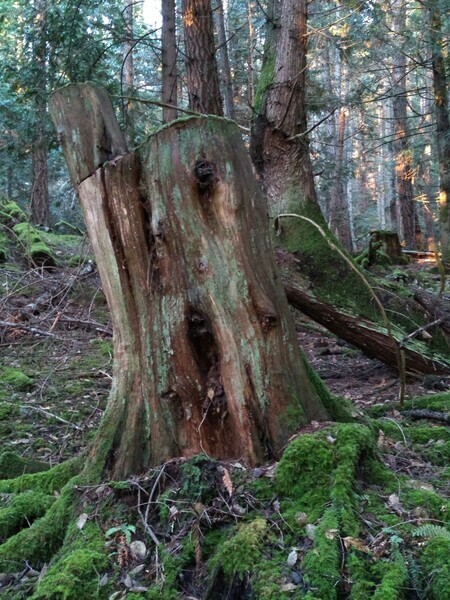 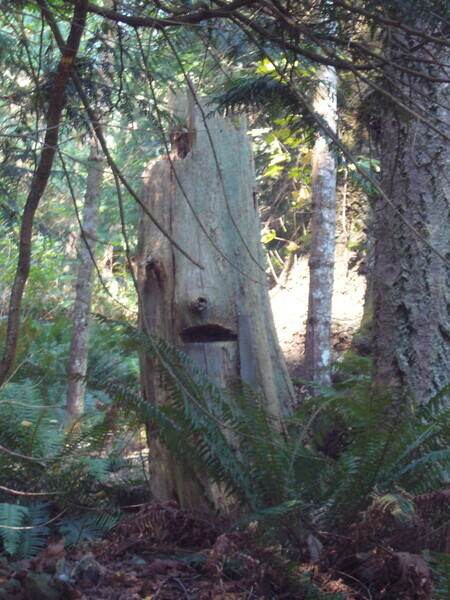 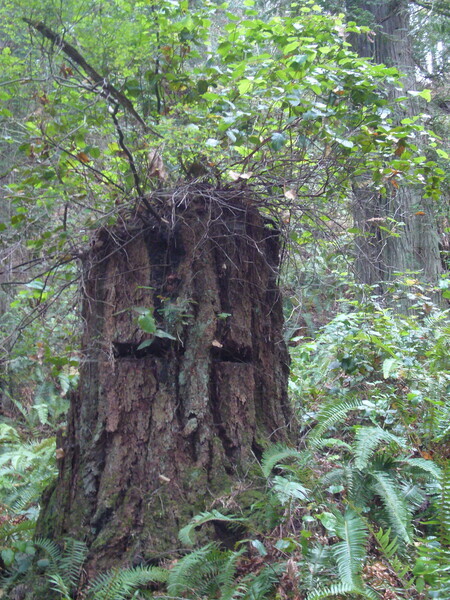 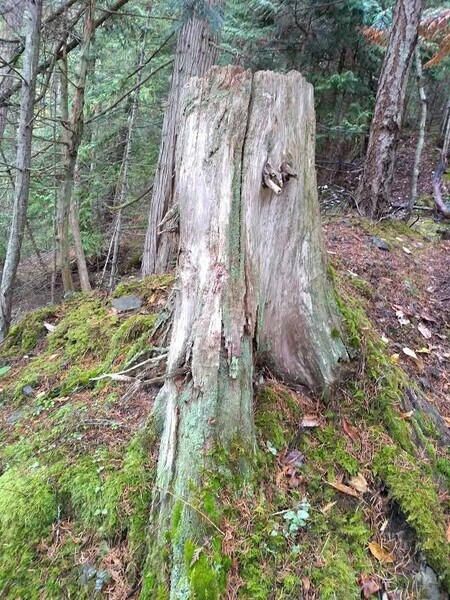 I just finished dying some silk scarves and realized they look like stained glass as they lie on the table waiting to be ironed.

I was lucky enough to spend a day in Toronto earlier this month and spent my time with Joe Lewis and Janet Hayward wandering around the Royal Ontario Museum and the Textile Museum. What a wonderful day. So many marvels.

A highlight of the ROM for me was this large wall piece by El Anatsui, a textile hero of mine. 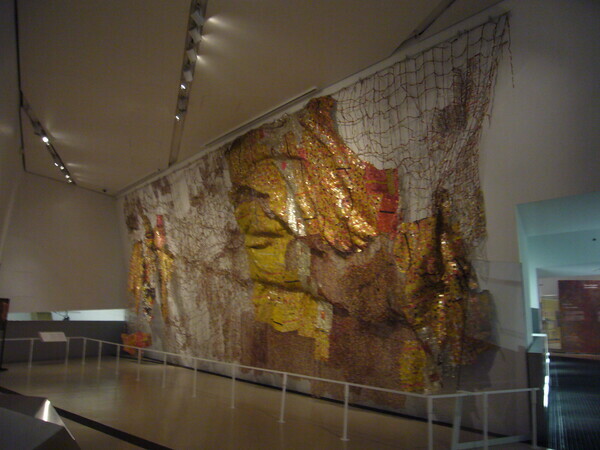 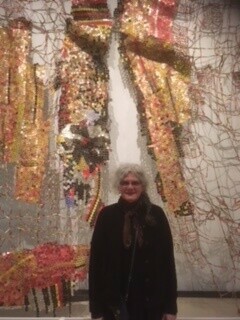 The Textile Museum was hosting an incredible exhibit of the gorgeous larger-than-life, sumptuously dyed kimono by Itchiku Kubota. This is only the second time his work has been shown in Canada. I have been a fan ever since Nicole Robillarde gave me the catalogue of his first exhibit in Hull in 1995. How amazing to be able to see his work in person! 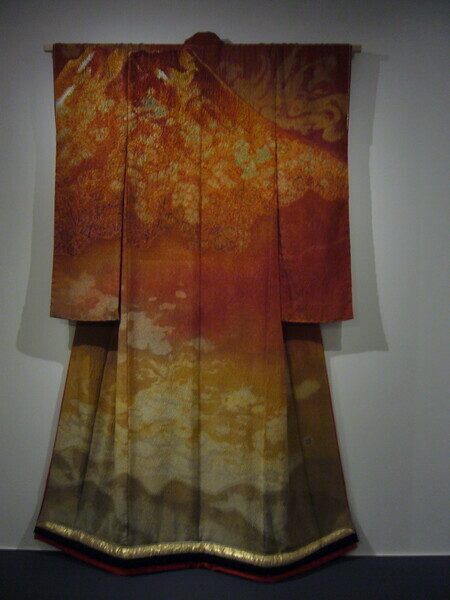 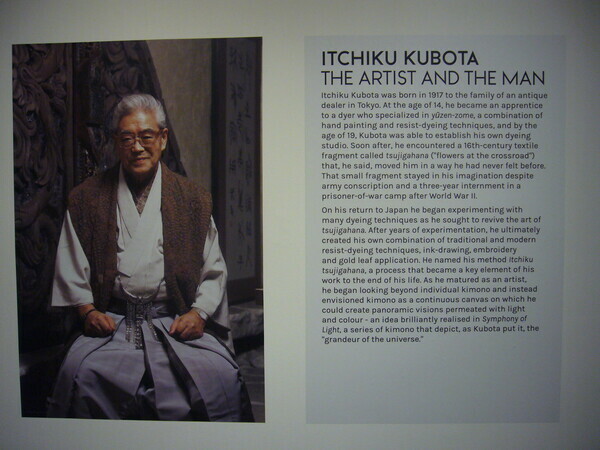 Last year was the inaugural ZooIslander event on Pender Island. This was the brainchild of the very talented and creative Madelin Emery. With the help of many of the artists and performers on this island, she put together an extravaganza which delighted and astonished the full-capacity audience. I was lucky enough to take part in Madelin's ARTemis runway last year. I designed, created and modeled a cape made out of bubble wrap and feathers. I was inspired by air, the life-giving force that surrounds us and I called this piece Atropos after the Fate whose job it was to cut the thread of life that had been spun and measured by her two sister Fates. 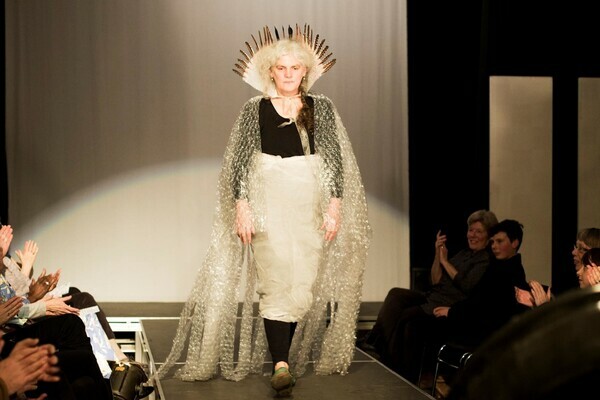 This year ZooIslander 2018 took place. How could it match the spectacle of the first? It did and even surpassed the 2017 show. This year I was also in Madelin's ARTemis runway. I created a medieval cope covered in tea bag packages and arranged in a pattern containing the Fibonacci number sequence of 1, 1, 2, 3, 5, 8. Not the traditional blocks that create a spiral, but a more decorative pattern of my own invention. Underneath I wore an abacus girdle I had made for Hypatia, who was a mathematician, astrologer and philosopher in 4th century Alexandria. It is based on the ancient Peruvian method of accounting called a quipu. 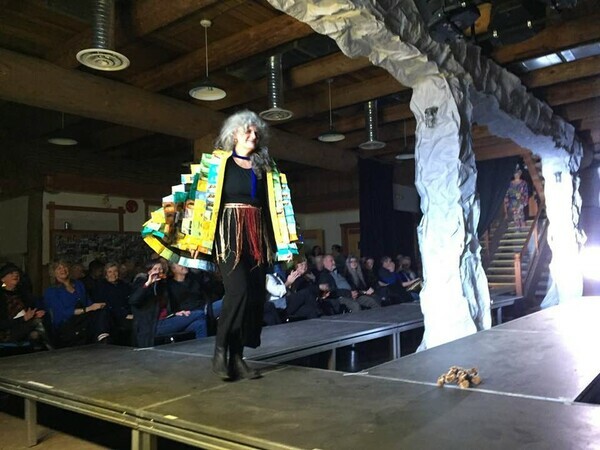 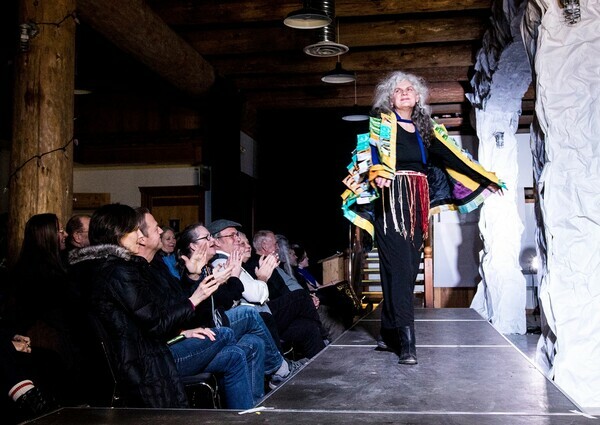 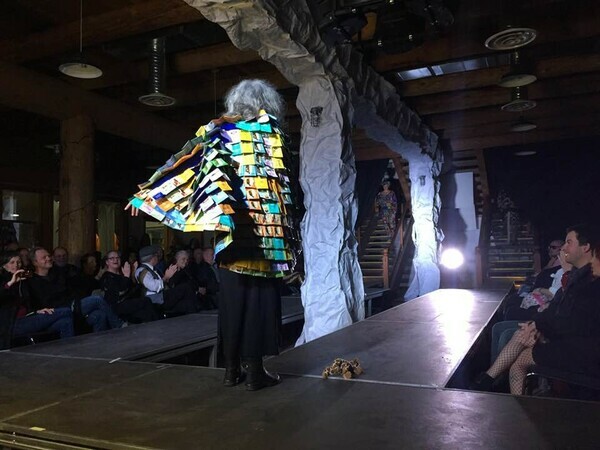 I made cushions for Christmas presents and took this opportunity to explore two themes that have been interesting me lately; the Fibonacci sequence of numbers and Morse Code. Both these concepts translate really well into pattern and colour. 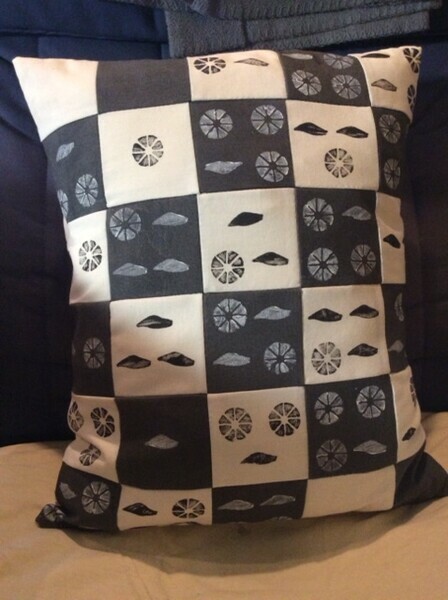 Creative ideas flow when I am surrounded by beauty and dogs

Every day I take my little dog, Zeb, for at least one hike, if not two and there are visits to the beach thrown in too. These are my time to organize my thoughts, slot ideas into place, plan new work and breathe. The colours and textures that I see on my walks are echoed in my work; sun glinting on water, lichen on trees, lilies on a lake, sunsets and sunrises, complicated rock formations. 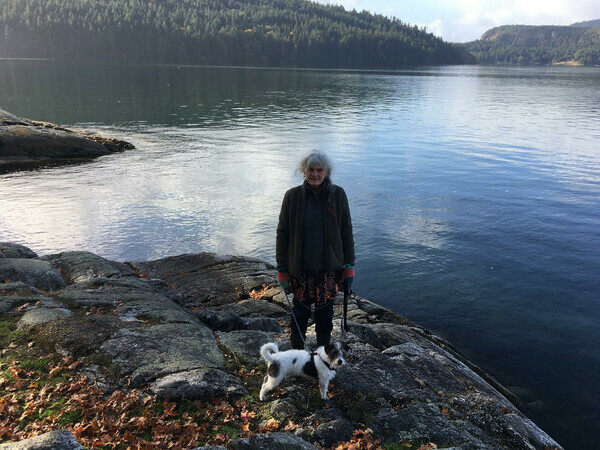 I am lucky enough to have my hand dyed silk scarves for sale in several gallery shops around the province and also at Talisman Books on Pender Island. Look for them at Craft Connection in Nelson, The Old School House in Qualicum Beach, Two Rivers Gallery in Prince George, Comox Valley Art Gallery in Courtenay,and Campbell River Art Gallery. I also sell my scarves on my Etsy store Three Fates Studio.

I dye my scarves in small batches and in this way I capture the mood of the day, the season, the light. No two scarves are ever the same. I fold each scarf,secure the folds and then apply the colour. I wait for the magic to happen. I love unwrapping the little packages to see what lies inside. The colour and pattern combinations are sometimes truly remarkable.I use the landscape around me for inspiration; the forests and beaches. And I try to capture the patterns of light on different bodies of water at different times of day and at different times of the year. 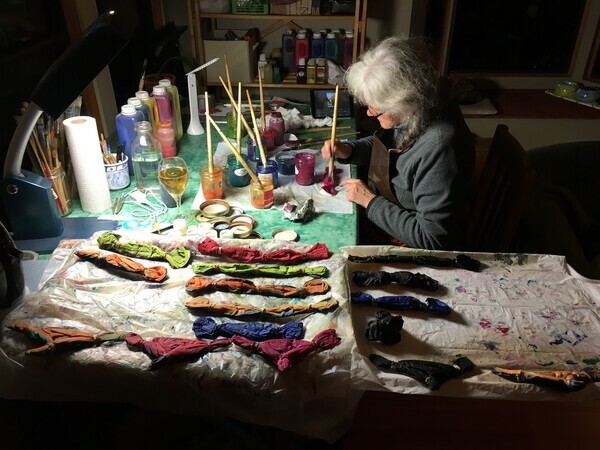 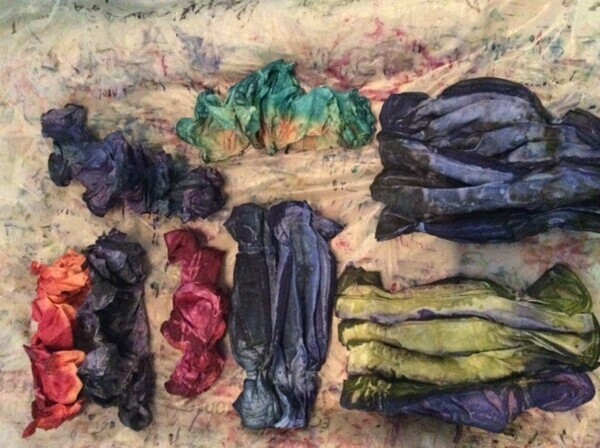 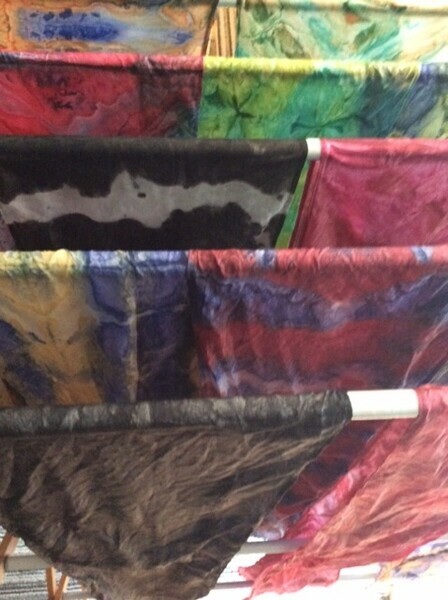 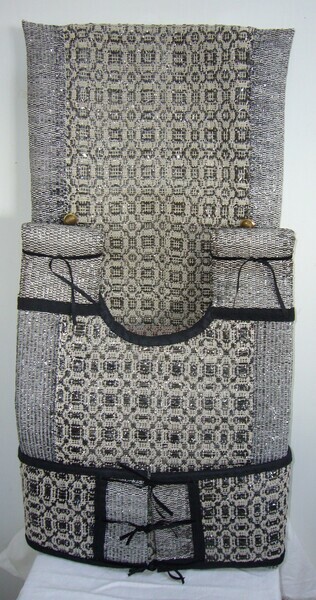 I was so thrilled to be one of 49 finalists in the Salt Spring National Art Prize 2017 exhibit at Mahon Hall in Ganges on Salt Spring Island this fall. Over 2100 entries were received from artists living all over Canada and working in all media so my piece, In Memorium or the Wake of Progress, being selected was a huge achievement for me.

More information on the prize can be found here SSNAP

Living so close, on Pender Island, I was lucky enough to be able to attend both the Opening and CLosing Galas as well as give an Artist Talk during the run of the show (September 21 - October 22, 2017). It was a beautiful show containing thought-provoking, daring and visually stunning art - both 2 and 3 dimensional. The organizers, jurors and the many volunteers did an absolutely amazing job and made this an exhibit not to be forgotten.

Congratulations to the award winners. Your pieces were all well-deserving of the recognition. Hats off to you:) 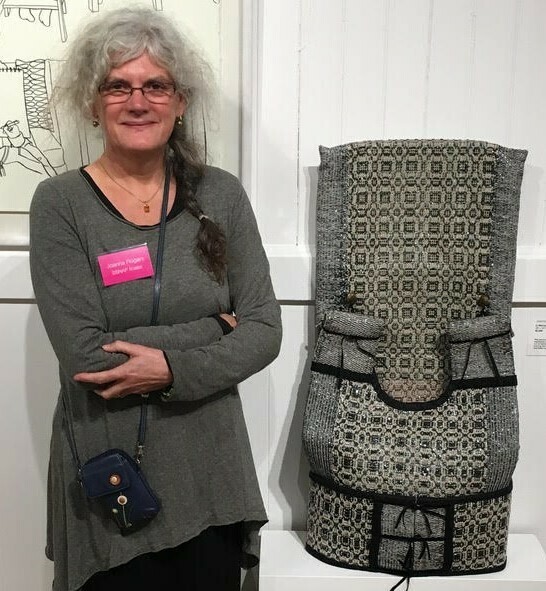