Broken Promises. The Politician's Armour. After the Election.

I started collecting these broken shells two years ago, specifically for this piece. At that time I was thinking about the lack of affordable housing all over the country and the increased numbers of homeless people living without the basic right to shelter. These shells were perfect to capture this idea, having already provided a home for at least one creature, if not more.

As we teeter on the brink of extinction due to climate change, it is up to us to hold our elected officials accountable for their actions. 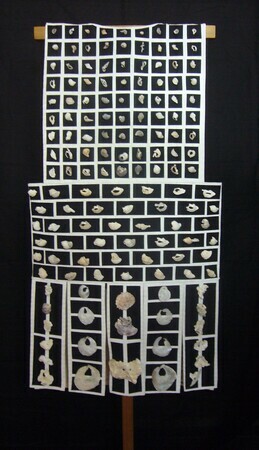